Is the EU trying to build a “fortress Europe”? 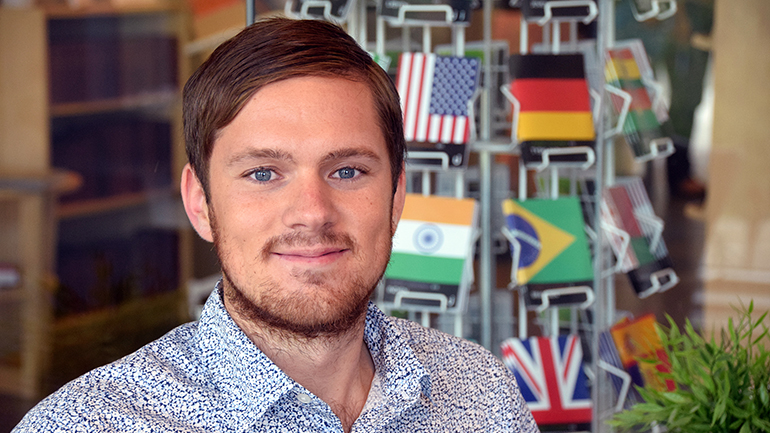 A perfect storm of events — both within the EU, and across the globe — have led the EU to become a more dominant player in the fields of defence and security, finds a Malmö University researcher.

The hangover of Trump’s presidency, Russia's meddling in the West, China's geopolitical ambitions, and Brexit. Just some of the reasons why the EU has shifted its influence in defence and security in recent years.

NGOs and groups within the member states are worried the EU is becoming more militarised and more of a security player.

Calle Håkansson, a PhD Candidate at the Department of Global Political Studies, is researching the development in his research project,' Understanding the evolution of the EU in security and defence — Institutions, geopolitics and actors'.

It’s a shift in the EU that it has been undertaking since its Global Strategy was released in 2016. The document pushes forward the work of its security and defence presence — a complete turnaround from its prior stance.

Combined with a number of external events and perceived threats, these factors prompted a new era of defence and security creation at an EU level.

“But after Brexit, the UK was saying ‘go ahead, we will not stop it’. After that the light was on Sweden to decide whether they should stop it, should they be the “awkward” member? But then Sweden thought it would be a high political price to stop this development due to the strong momentum from the Franco-German alliance,” says Håkansson.

Post-Brexit, France and Germany saw this area as one where they could show some momentum to prove the European project was still alive and well.

Håkansson’s research project is very much concerned with the European Commission’s role within this field.

“Five to ten years ago you’d never see the Commission working on defence as it was extremely sensitive; member states were reluctant as they saw defence and security as being very much connected to individual states, but today that is quite normal.

“This is the biggest development of the past few years; this policy field is becoming more and more supernational with the European Commission getting a new role. Also, the lines are being blurred between security and defence and other traditional policy fields; tech and industry are now like security issues, we see this with the 5G network.

“The EU want strategic autonomy in world affairs, they want to be more assertive, in all areas — this idea is very precedent in the Brussels bubble.”

While there are different threat perspectives around Europe, the EU collected data which shows there is more alignment in relation to security threats.

“The EU want to 'protect' Europe; it is a new key word in its thinking. It has, however, been getting a lot of backlash from people who see the EU as building up “fortress Europe”. NGOs and groups within the member states are worried the EU is becoming more militarised and more of a security player,” Håkansson adds.