The pandemic has affected Putin’s popularity 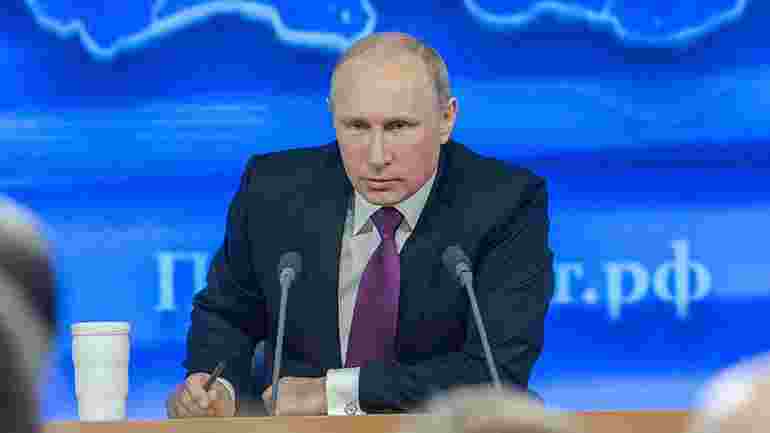 The pandemic has damaged the image of Putin as Russia's strong man. Photo: Pixabay.

The legitimacy of the entire political system in Russia rests on Putin as a person. The message put out by the government is that no one but him can do the job, but sooner or later he will have to go. What then? This dilemma is described in the poignant book, ‘The Putin Predicament’, by Professor Bo Petersson, who has answered some pertinent questions on the issue.

“It is Putin himself who is the predicament. He is the bedrock of the regime and, at the same time, the regime’s basic problem as the legitimacy on which the whole regime rests lies with him. No other politician has that credibility, therefore no one in the establishment can replace Putin in a mid- or short-term perspective.

Why can no one replace Putin?

“He has never identified a ‘crown prince’. He has also never let anyone else take the stage. At some point, he has said that he has been thinking about the question of his successor since he took office in 2000, but apparently he has not come to any conclusion yet. Also, after last year's changes of the constitution, Putin can choose to remain until 2036, should his physical and political health so permit.”

What does legitimacy mean outside of the democratic system?

“The concept aims at having the government perceived as right and proper by the people. But, in authoritarian political systems it is not a matter of maintaining democratic ideals but of giving the people a certain degree of prosperity, stability, and order.”

How does Putin compare to historical Russian politicians?

“A large part of the basis for the myth-making around Putin is that he was the one who re-established Russia as a great power, began to act as befits a Russian leader, and made Russia respected and feared again. His predecessor’s, Boris Yeltsin, weakness became Putin's strength, out of the chaos under Yeltsin was born Putin's order. If it had not been for the turbulent years in the 1990s, there would have been no preconditions for Putin's long rule. The decade was marked by chaos, instability, and disarray, but was also the finest hour of Russian democracy. The latter aspect has unfortunately been forgotten today.”

Why is there such a longing for order and discipline in Russia?

“The myth of recurring Times of Trouble is strong in Russia. It is about times of instability that end with a strong leader uniting the people and throwing out invaders and imposters. The Yeltsin years have been pointed out in the Putin regime's rhetoric as the latest Time of Troubles. It is among other things, on this myth that he has built his capital of trust. The myth existed before Putin, but he has cleverly exploited it.”

How has the pandemic affected Putin?

The notion of Putin as a good contemporary tsar and a man who gets things done has taken a hit. When he does not show himself but hides in his bunker attending Zoom-meetings, the dynamics will not be the same. The opposition leader Alexei Navalny mercilessly exploited the discrepancy in his communications, not least from the courtroom. The contrast between the young and dynamic Navalny makes Putin look like the old man that he essentially is.”

Has this taken a toll on his credibility?

“In April and May 2020, Putin’s credibility ratings sank to a record low. At the time, 59 percent expressed approval for the president in polls. These are high figures compared to the United States and France, but at the same time critics are less likely to speak freely and the response rate is low. The changes over time are interesting to study. Putin had really high numbers, up to 90 per cent, for several years after the annexation of Crimea.”

Is Navalny a threat to Putin’s presidency?

Navalny is in a detention centre and his organisation banned and broken by the authorities. Right now, the opposition is in ruins and Navalny as a political figure is largely neutralized. But the strong criticism he has formulated will live on in society and grow stronger sometime again, not least as Putin grows older and more tired.

Putin turns 70 next year. What will happen when he leaves office?

“A new political force is needed that can offer the charismatic legitimacy that Putin has had but is now beginning to lose. If such a person does not appear, the regime will probably have  to use increased repression  to maintain the system.”